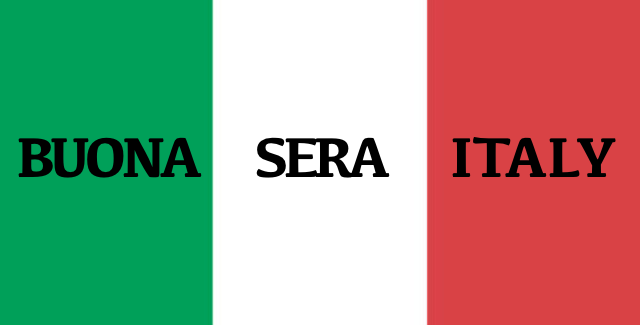 Exiting Hotel Artemide and to the left is Capitol Hill (aka Campidoglio) and Piazza Venezia where you can see the Victor Emmanuel Monument (aka Il Vittoriano).

Side Note: Traveling the Eternal City of Rome? Buy Rick Steve’s Rome 2011 book… in addition to downloading his walking tour podcasts on iTunes.

“Victor Emmanuel Monument – This oversize monument to Italy’s first king, built to celebrate the 50th anniversary of the country’s unification in 1870… The 43-foot-long statue of the king on the horse is the biggest equestrian statue in the world. The king’s moustach is over five feet wide, and a person could fit into the horse’s hoof.” – Rick Steves

“The Trajan column stands at 138 ft high. here are more than 2000 carved figures depicting the story of Trajan’s Dacian wars between 101-102 and 105-106 A.D. It starts with soldiers preparing for the war and ends with the Dacians being ousted from their homeland. The column consists of 29 pieces of white marble, the largest one weighing up to 77 tons.

Initially, a statue of an eagle topped the column, but after Trajan’s death it was replaced by a 6 meter (20ft) tall statue of the emperor himself. His ashes and later those of his wife Plotina were placed in the base of the column. In 1587 the statue was replaced again, this time by one of St. Peter.” – A View On Cities 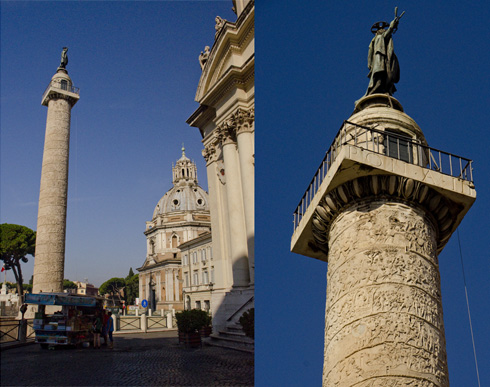 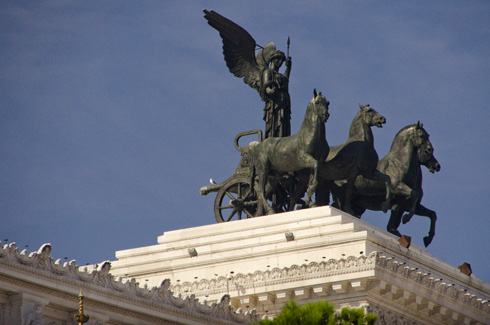 To get there… you take a walk back in history through The Forum of Trajan. (A neat book we purchased from a street vendor was the Rome Past and Present with Reconstructions by R.A. Staccioli). We check out page p.52 with a drawing reconstructing the Basiclica Ulpia. 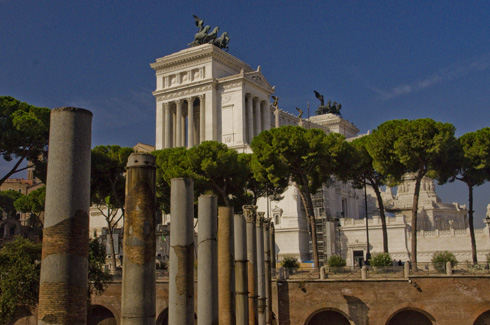 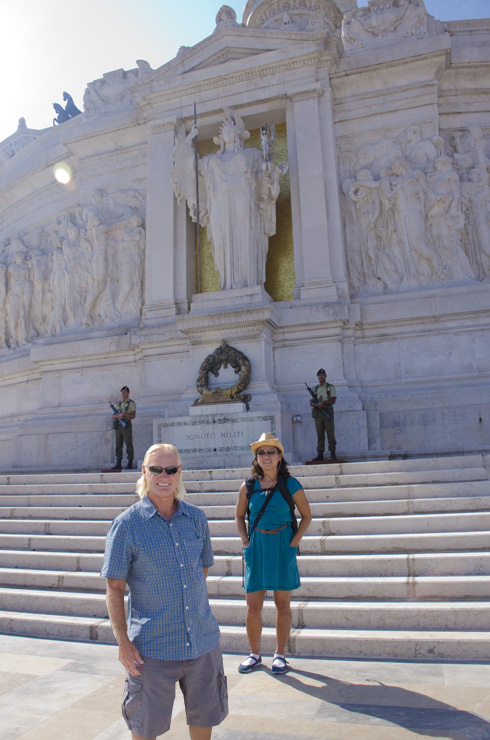 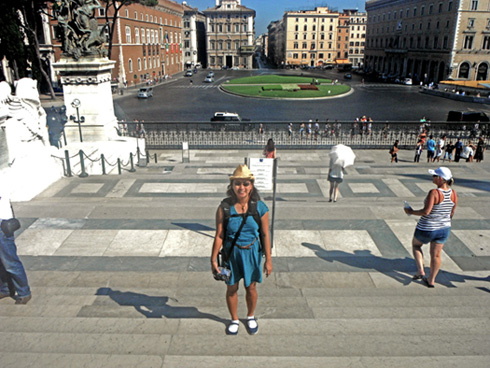 Photographs from inside the Victor Emmanuel Monument: 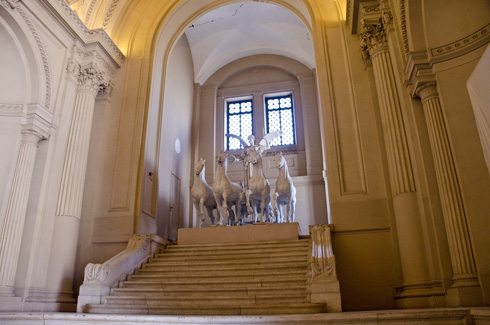 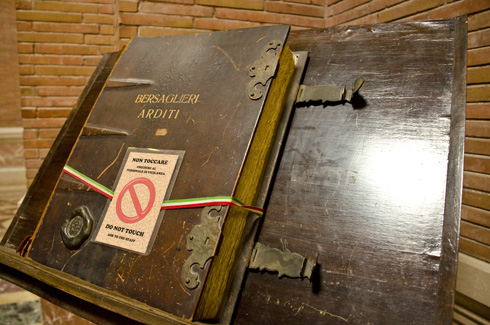 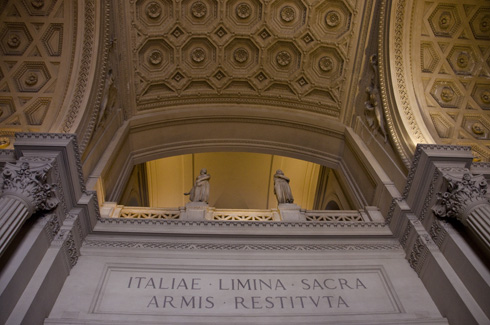