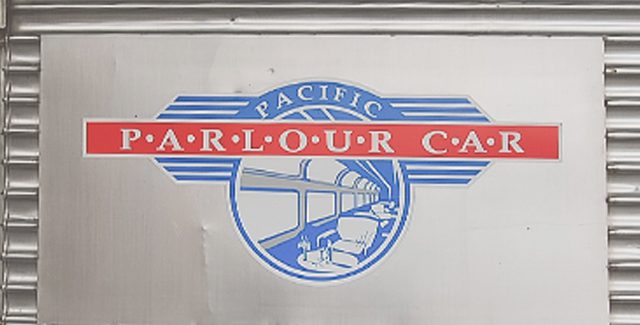 You may or may not agree that we’re attached to our cars. We’ve done many a road trip with our own vehicle or by renting a car on trips. But, if you have the time for a longer journey that allows you to sit back and relax, then maybe consider train travel to the self-drive or flying. We did! Traveling by rail is less hassle than air travel. It’s easy to stretch your legs. It’s less stressful than driving!

Cost of the Fare

ARRIVING AT AMTRAK AND GETTING SETTLED IN

We had a leisure walk from Hotel 1000 where we had stayed to explore Seattle for a few days. The Amtrak station sure reminds me of London’s Big Ben.

For Checked Baggage: Each passenger can check up to 4 bags – 2 free of charge
For Carry-On Items: Each passenger may bring 2 personal items
More Info: Amtrak’s Baggage Policy

Whatever you don’t check in you may have to carry up some stairs.

Don’t forget a travel blanket. Their A/C can pack a punch.

Do you have change of clothes in case you want to shower? Might as well include some flip-flops or slippers for the shower, as well.

Here’s the Menu to give you an idea of how much food prices are on the Amtrak.

Of course, since we reserved a Bedroom, all meals were included. If your meal isn’t included, bring your favorite snacks and a few beverages to sip along the way. Here’s a current look at their Cafe Menu

We helped ourselves to juice and coffee.

Lunch was served. I chose Roast Beef with Scallion Cream Cheese and Cheddar on a Seeded Kaiser. Served with primavera vegetable pasta salad.

I don’t remember but I think the Dining Car takes reservations and usually for multiple sittings. You’ll get to know your fellow train travelers.

THE CULTURE OF TRAIN TRAVEL CAN MAKE SOME GO STIR CRAZY

Our first leg, was 35 hours. What’s it like being on a train that long?

SIDENOTE: Plan for delays just like you would for air travel. There is an Amtrak app to get notified of things you need to know.

Slow, laid back and a relaxing setting. We enjoyed the quiet experience of passengers enjoying what scenery passes us by while in the Observation car. Some snuggled up with a good book or were journaling. The tech savvy enjoyed something on their laptop or phone with their earbuds for entertainment… as we did in the Lounge car.

Notice the outlets to plug-in to.

On the second level of the Parlor Car, had a movie theater. They screen family movies every evening and we caught – Planet 51

From time-to-time, we’d retreat back to our bedroom.

SCENERY BETWEEN SEATTLE AND LOS ANGELES ON THE AMTRAK

Photo Caption: In the distance, the Tacoma Narrows Bridge.

Photo Caption: NW Broadway Bridge (Portland, OR) with the Fremont Bridge… a steel tied-arch bridge over the Willamette River… seen behind it.

The Salinas stop is a great place to stretch your legs as the Salinas Railroad Museum and the Historic Harvey-Baker House (First Mayor’s House)… the oldest home in Salinas, California… are steps away.

Photo Caption: Pismo Beach Sand Dunes in the distance. One of the few beaches you can ATV on.

Did I forget to mention to make sure you packed a change of clothes for sleeping?

Where to Eat: Dining in Downtown Seattle