Things to Do: Trip Itinerary – Day 2 Of 2 Days On Our Visit to Seattle 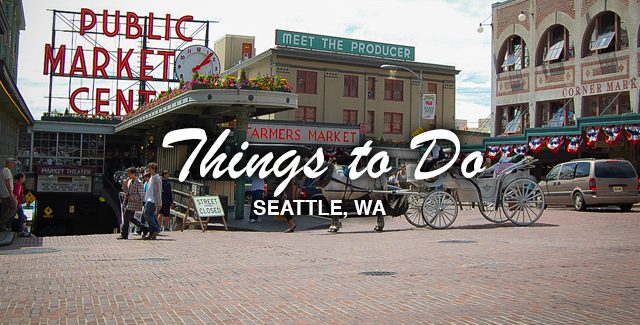 If you like architecture, history, arts, music, food and shopping… Seattle has it all. Typically, I always visit the official Travel & Tourism website of a destination, in this case – Visit Seattle. Good news, much of the attractions and activities are walking distance or a quick bus trip away in Downtown Seattle. Check out Day 1 in Seattle. But here’s Day 2 of our 2 Days to give you ideas to add to your Seattle Itinerary.

DAY 2 OF 2: WALKING TOUR OF SEATTLE

We really stumbled upon this area in search for a morning bite. Who knew it would be such a special place to visit. Just check out Pioneer Square’s Rich History. Here are some highlights of our morning stroll.

I just adore the Ivy but I hope these were the Boston ivy and Virginia creeper that generally do not usually cause damage to wall surfaces unlike the English ivy which roots in cracks and crevices.

The Iron Pergola “…erected in 1909 as a stop for the Yesler and James Street Cable Car Company. This waiting shelter was the most lavish of its kind west of the Mississippi with ornamental iron columns, wrought iron ornamentation and a large underground restroom. The pergola was designed by Seattle architect Julian Everett, who also designed the Leamington Hotel and Apartments. Today the Victorian-style structure serves a more recreational purpose by providing shade for visitors to one of the city’s most popular public places.” –National Park Service

Tlingit Indian Totem Pole: “The Totem Pole first appeared in 1899, after members of the Chamber of Commerce, vacationing in Alaska, stole it from Tlingit Indians. The men gave the object to the city as a gift, but the tribe justly sued for its return and $20,000 in damages. The courts found the men guilty of theft, but fined them only $500 and allowed the city to retain ownership. In 1938, the pieces that remained after vandals set the Totem Pole on fire were sent back to Alaska, where Tlingit craftsmen graciously carved a reproduction. The new pole was soon dedicated, with tribal blessings, at a Potlatch celebration and has since remained unharmed on Pioneer Square. It now stands as symbol of the complicated relationship between American Indians and European Americans.” –National Park Service

Although we didn’t have time for this “unusual Seattle attraction” the Underground Tour is smack in the area of Romanesque Revival buildings.

Working for Hawaii Clear Channel Radio (now iHeartRadio) as the Web Content Director, I was thinking of visiting the Seattle office for the fun of it. Didn’t have time but loved its wonderful location!

When people hear “Seattle” the image that pops in their head is probably the Space Needle, right? It’s Observation Deck is 520 feet up offering panoramic views… BUT… to us, a bit expensive. A great alternative for views maybe to visit all the parks. Check out: Mapping the Ten ‘Beloved Views’ of the Space Needle.

Pacific Science Center and What’s Nearby

Saw all the amusement rides in the Fun Forest but it wasn’t open when we were in the area. (December 17, 2009: What we didn’t know at the time was, “The Fun Forest’s big rides are being sold, dismantled and shipped off. The south part of Fun Forest, including the pavilion with the bumper cars and kiddieland, will remain open through Labor Day 2010.” – Seattle Times and “A relic of the 1962 World’s Fair, the Fun Forest reeked of neglect by the time it died on Jan. 2, 2011.” – SeattlePI)

From downtown Seattle, the Woodland Park Zoo is only 20-30 minutes away. We’re a fun of animals and wildlife and always seek to see a new species.

I love owls, but don’t remember this type. Anyone? It’s so cute!

What was surprising was observing this elephant at play. I guess he was imagining himself to be a juggler.

“The exhibit features various enriching elements for the bears, including a stream and deep pool that maintains 20-30 live trout, many that have lived in the pool for several years. The bears actively fish for the trout, occasionally teaming up to corral and capture the trout.” – Zoo.org

→ Don’t forget to check out: Day 1 in Seattle

QUESTION: Where else should we have visited while in Seattle?

Things to Do: Trip Itinerary – Day 1 Of 2 Days On Our Visit to Seattle

Where to Eat: Dining in Downtown Seattle