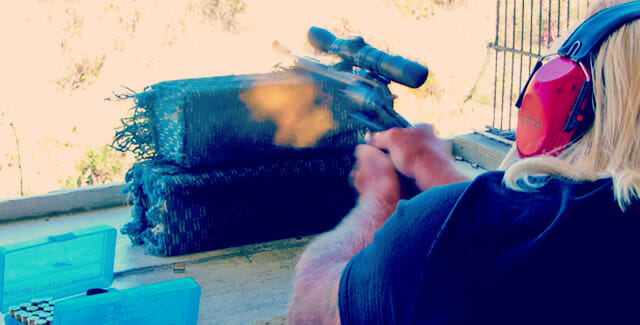 If you’re in the Hawaii Kai area of Oahu, you have a few choices of activities in the area… from hiking up Koko Head to snorkeling down at Hanauma Bay. From both areas, you’ll hear the echoing sounds of gun fire. Today, my fun activity of choice was to go get some shooting lessons with plinking targets while I get to know my .22 long rifle with scope.

Typically, free — all you have to do is sign in! It’s operated by the Honolulu Department of Parks and Recreation with a BYOBS. S is for Stuff = Guns, Ammo, and Targets… but most importantly protect your eardrums!!!

We’re here on a weekend so plinking targets are provided by the complex and you pay just $5.00 for the service to shoot until you run out of bullets or you get cross-eyed from staring down a scope for hours on end. I dunno though… hours at the gun range then home to play Call of Duty for even more hours (only if I still had my Xbox). Hmmm. Sounds like a fun Sunday to me. 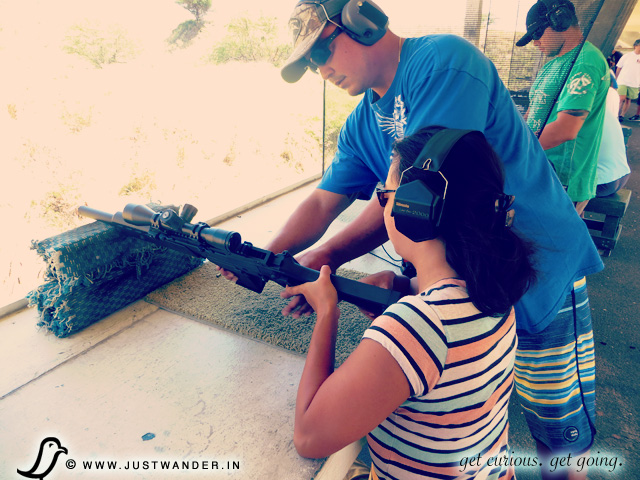 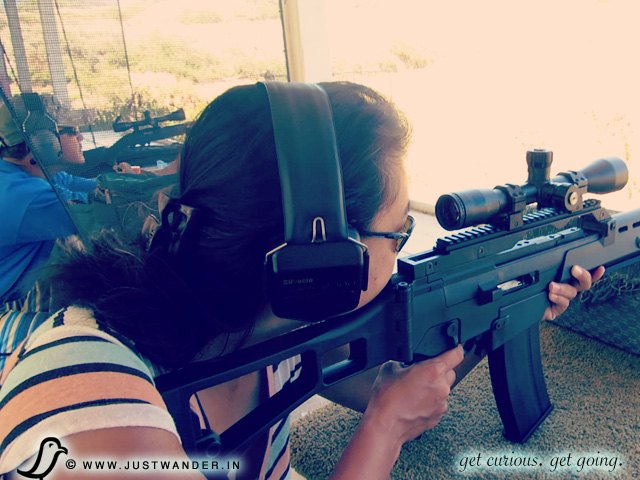 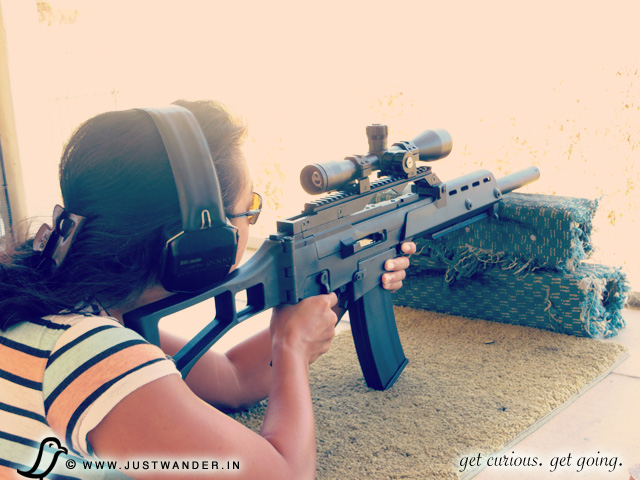 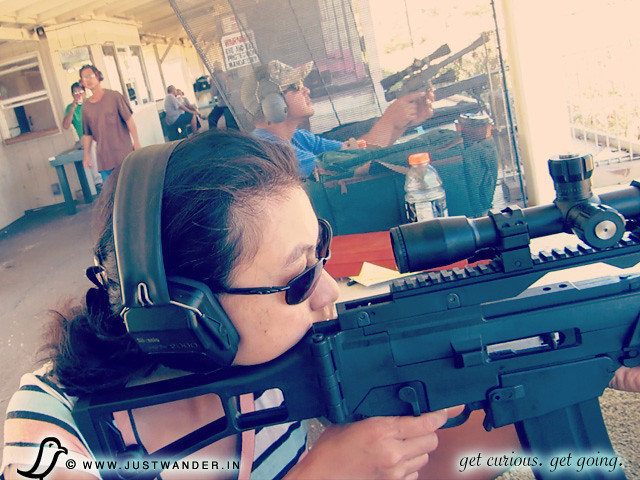 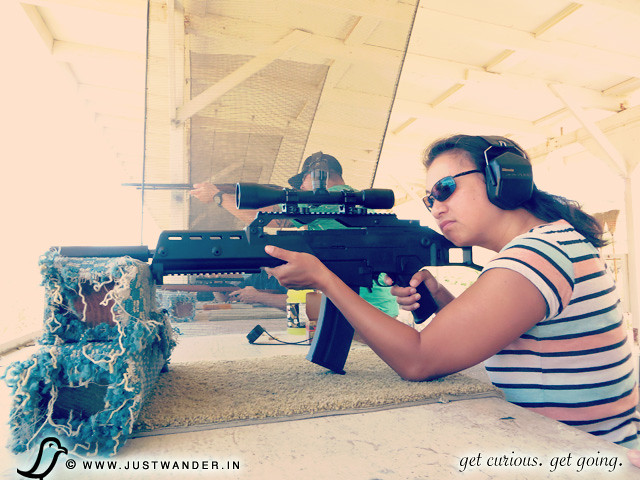 Usually, the bigger the weapon the happier the feeling but not today. Check out this handgun with scope… the bullets easily hit targets at the 100 yard marker. Plus, it spits fire!!! 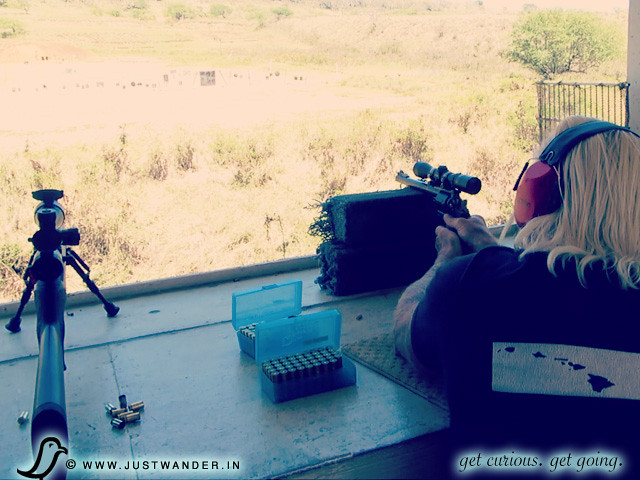 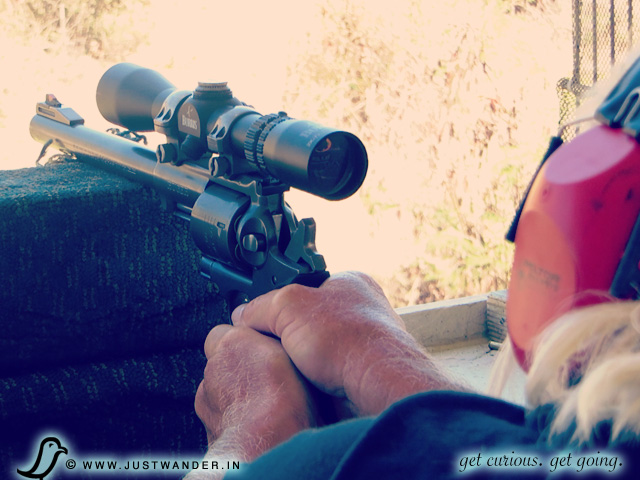 If you’re going to knock the little targets down, volunteer to set them back up. 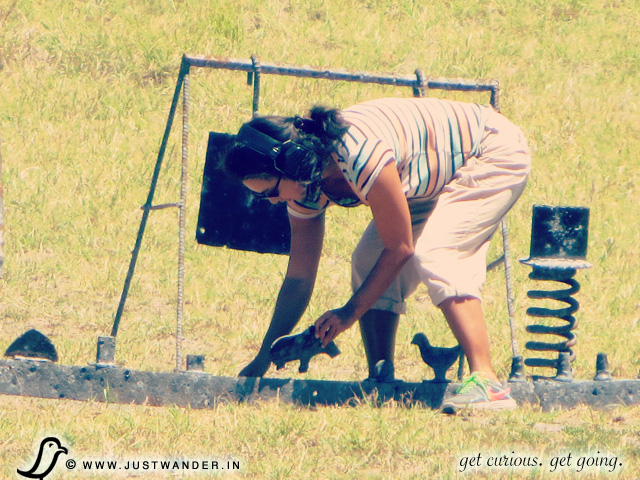 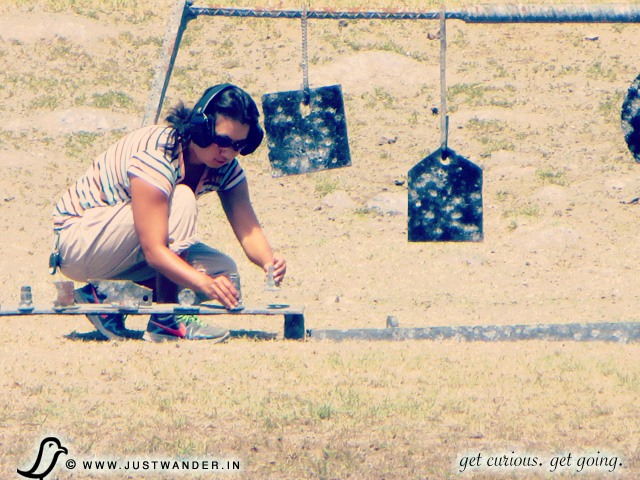 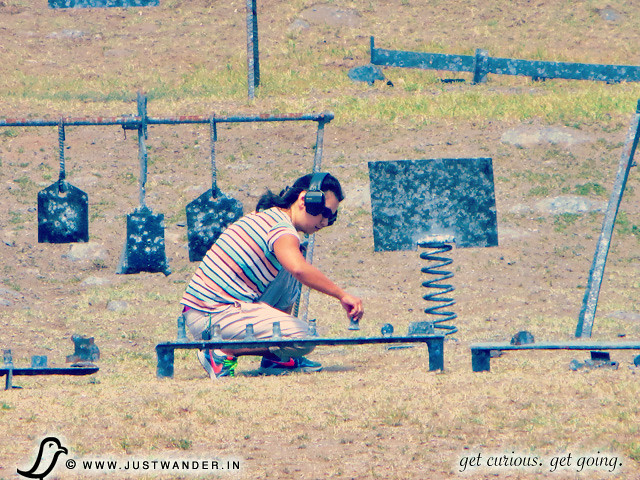 Someone put an apple (see upper left-hand side) next to the pig target at 100 yards. Awesome! 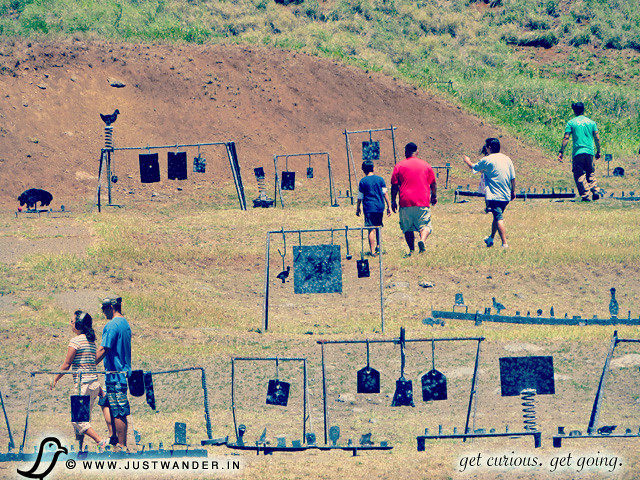