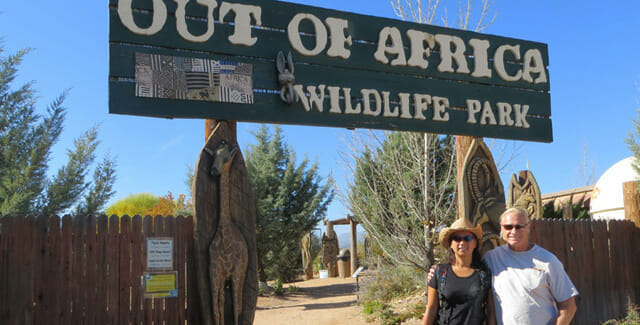 4.5 of 5.0 stars on both TripAdvisor and Yelp. Not a zoo, you imagine yourself in the Serengeti as you tour areas of the park either on foot or by tram. The highlights of our visit were being kissed by a giraffe and camel, feeding tigers and petting a giant python, but also watching hyenas swallow their food whole and listening to the roars of the lions throughout the day. 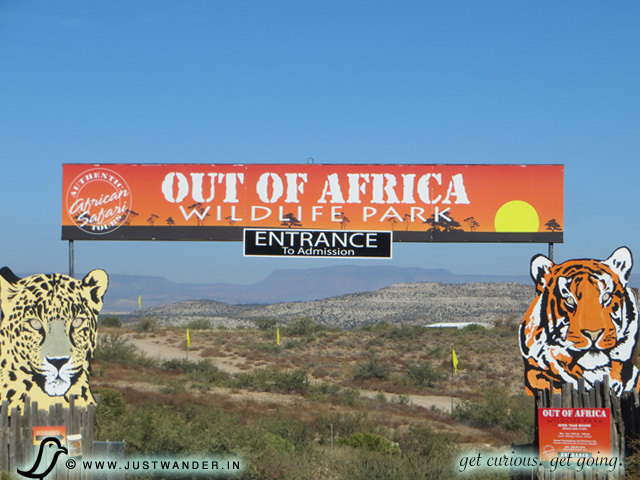 We visited on a Thursday in November and lucked out that there was very little to deal with as far as crowds.

TIP: But if you can, try to go on a Wednesday, Friday and Sunday… the days they do the Predator Feed at 3:00pm. “It’s one thing to read about the ferocity of predator animals when they assail, possess, and devour their food. It’s quite another to see it for yourself and hear the fearsome sounds that come through those menacing teeth.” –Out of Africa 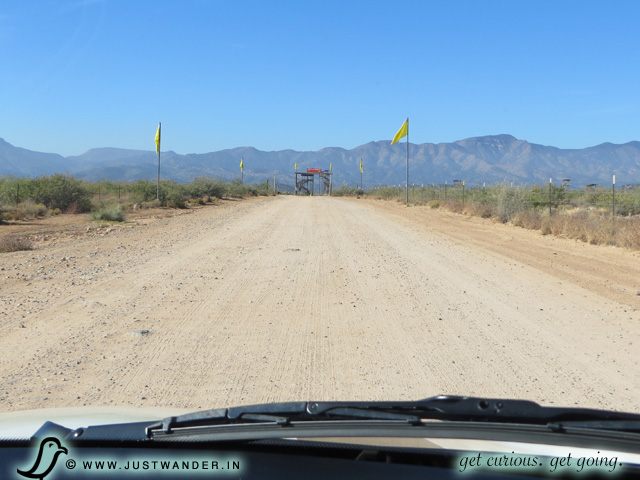 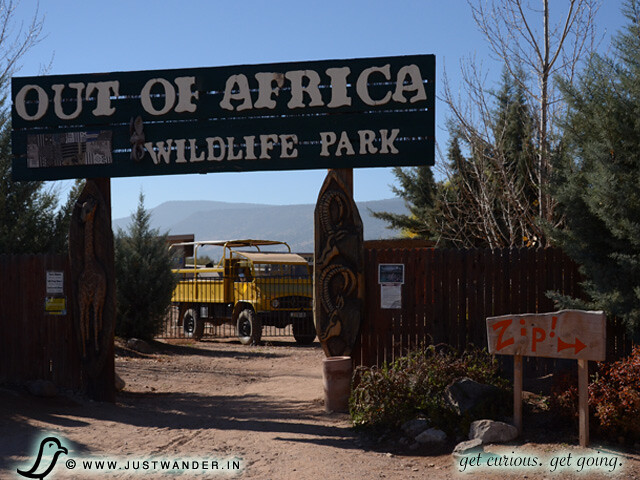 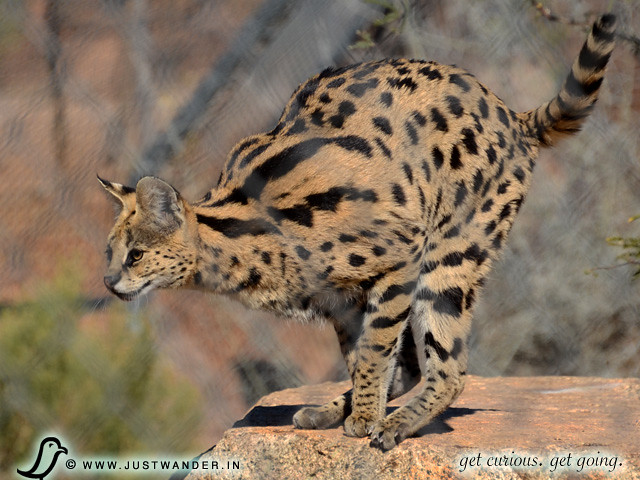 We were walking down one path and had caught the attention of a giraffe who walked towards us. He seemed to like this weed. Found out later that his name was – Kibo. 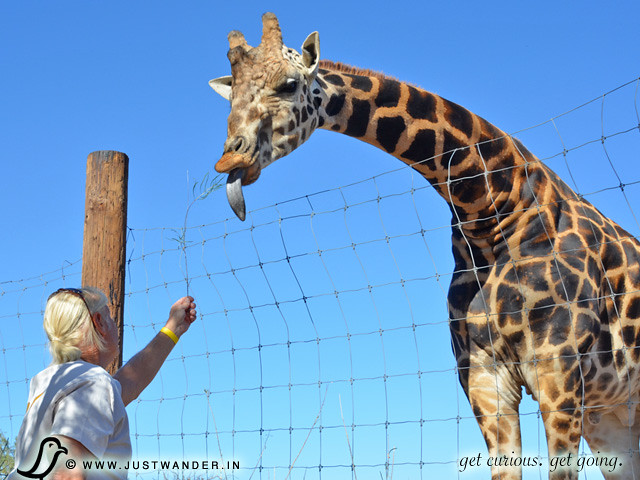 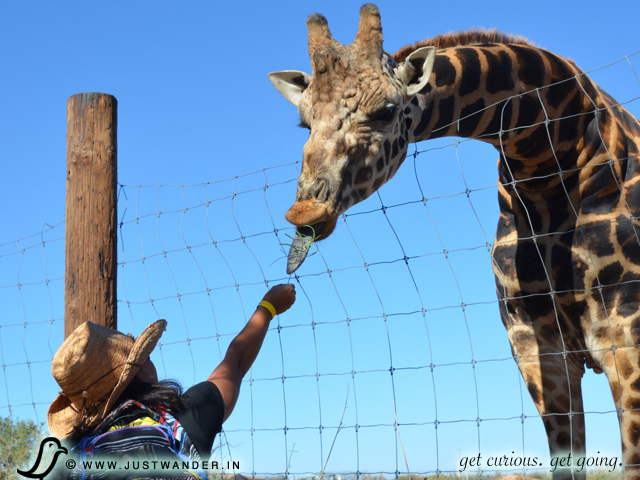 We noticed that the African Bush Safari vehicle passed us on the trail and allowed everyone to feed the giraffe carrots, too. 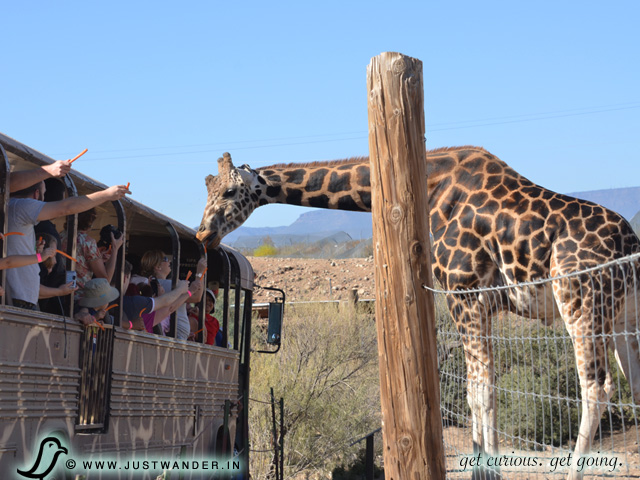 Check out those teeth! 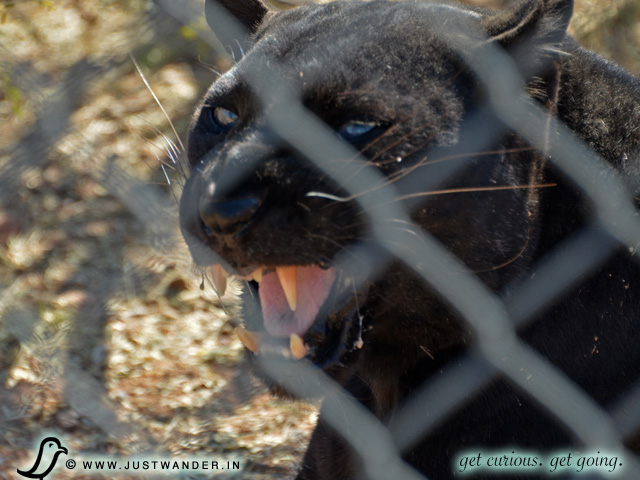 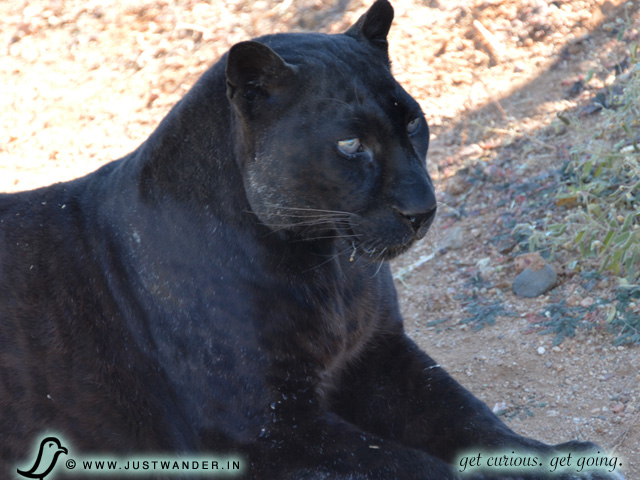 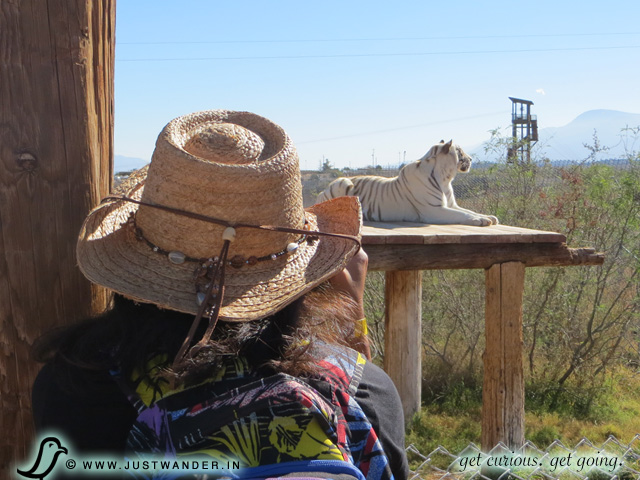 What a cute, patterned nose… 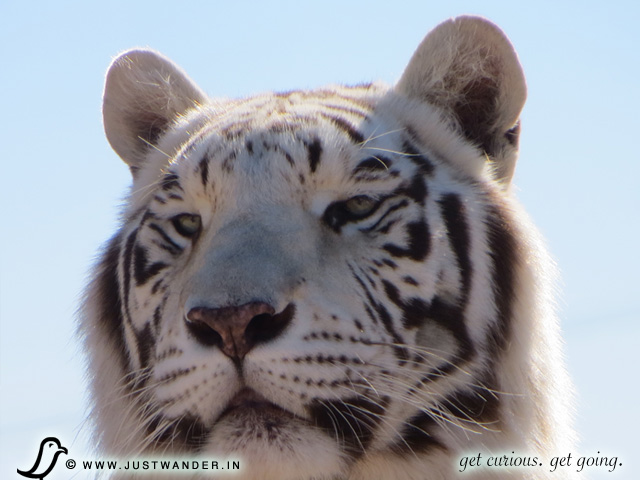 For $5.00, wouldn’t you want to feed a tiger? After their Tiger Splash show, you can get in line to feed him. But first, some lunch right next to the Tiger enclosure. 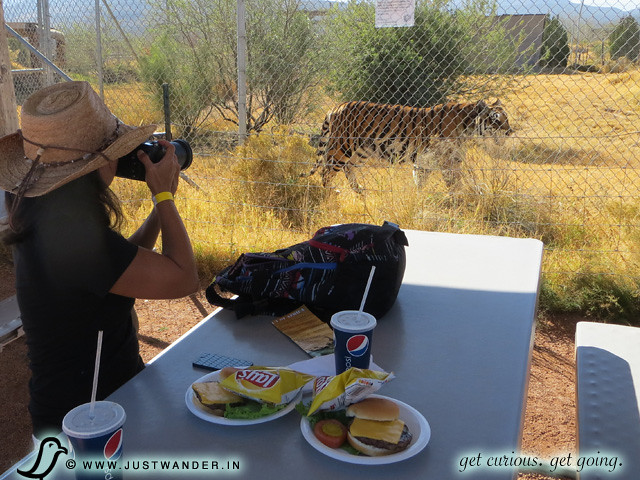 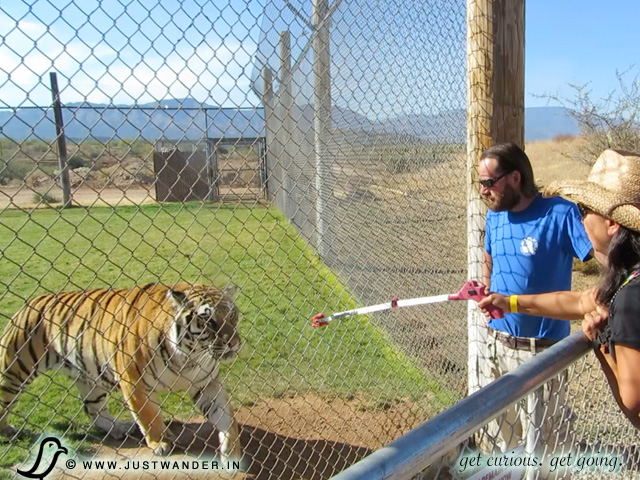 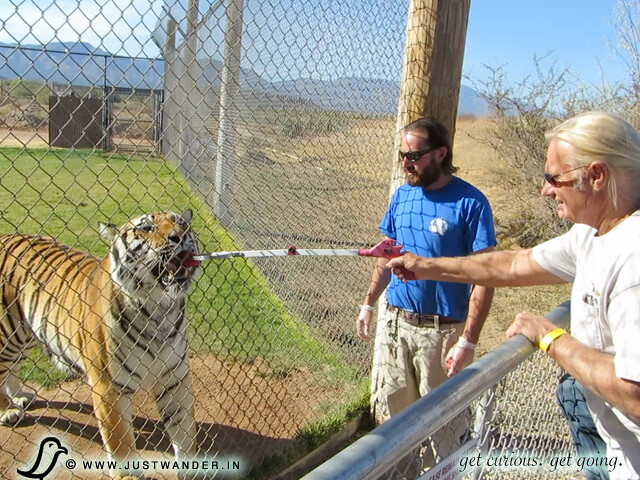 Straight to get on a Unimog so we can tour their Serengeti preserve with roaming African wildlife. With your general admission, you get to experience the African Bush Safari where you’re in a safari bus roaming with the animals – giraffes, zebras, sable antelope, gemsbok and more… or do what we did and upgrade to the Unimog Adventure Tour where we were kissed by a giraffe and camel.

Unimog: an authentic off-road vehicle produced by Mercedes-Benz and frequently seen in the African Bush. 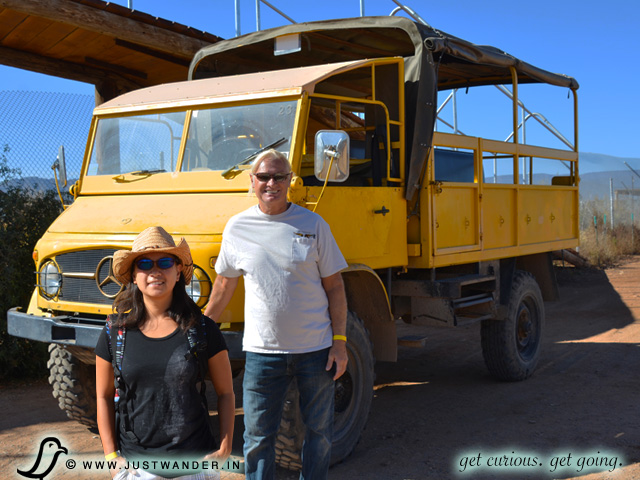 Didn’t think we’d be in Arizona getting kissed by a camel…! I think those whiskers were ticklish. 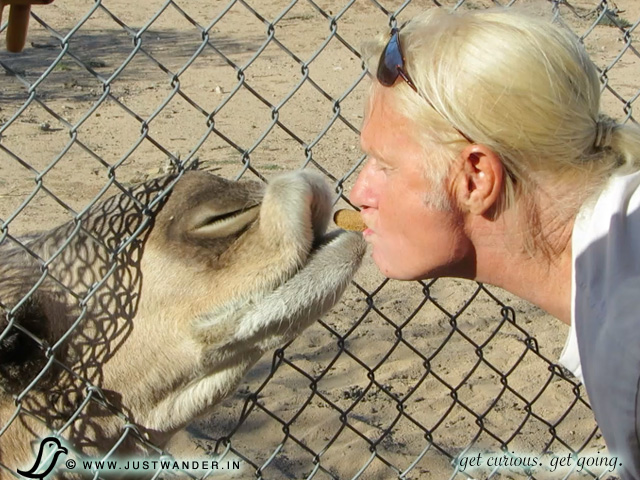 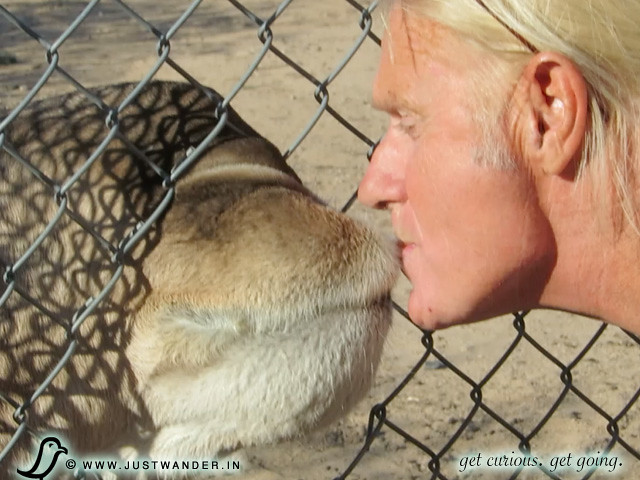 Check out the hair! 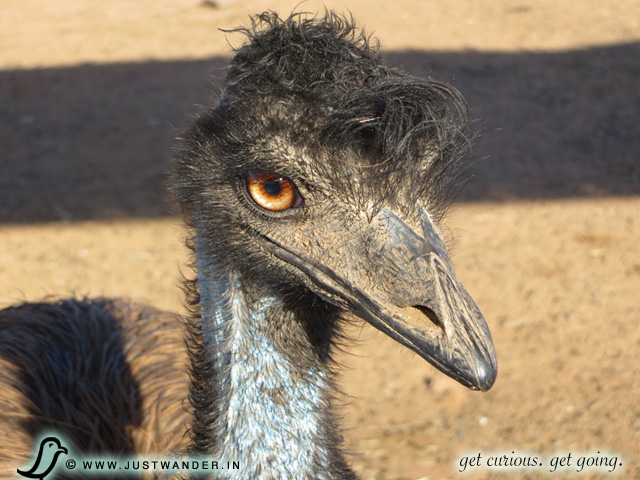 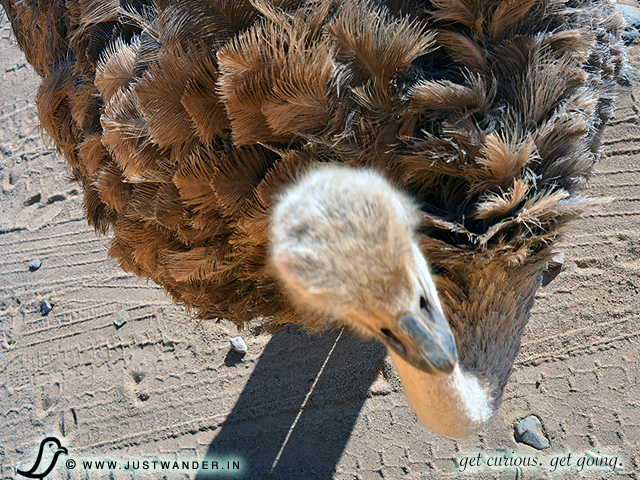 You can hear the roar of the Lions all throughout the day… talk about Loud! 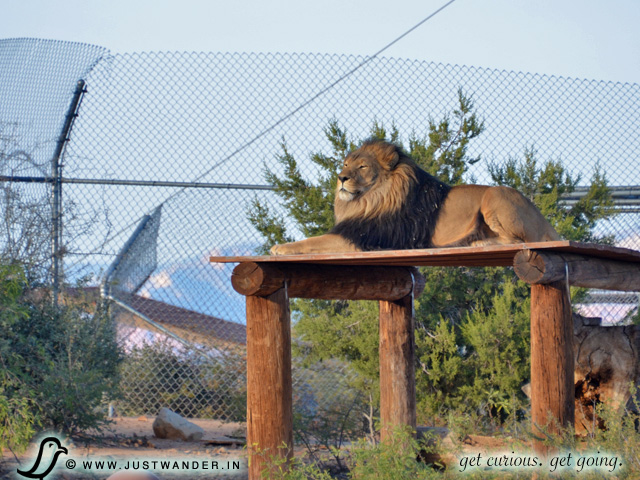 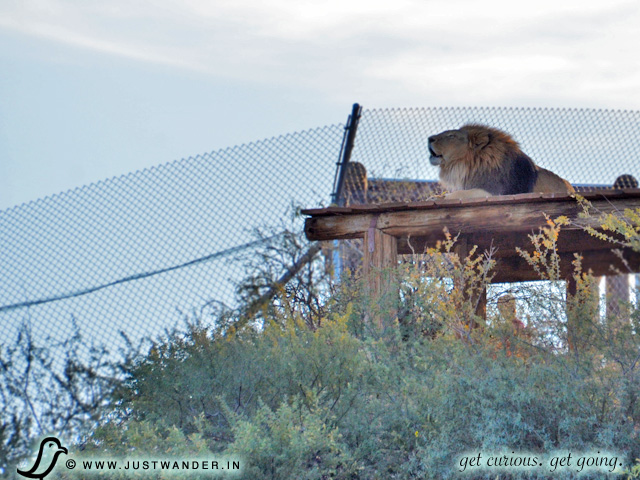 We were probably the last two leaving the park as we took our time hiking back down towards the entrance. Goodbye Out of Africa… we truly enjoyed getting up close to your animals and learning more about them. Your guides are very knowledgeable! 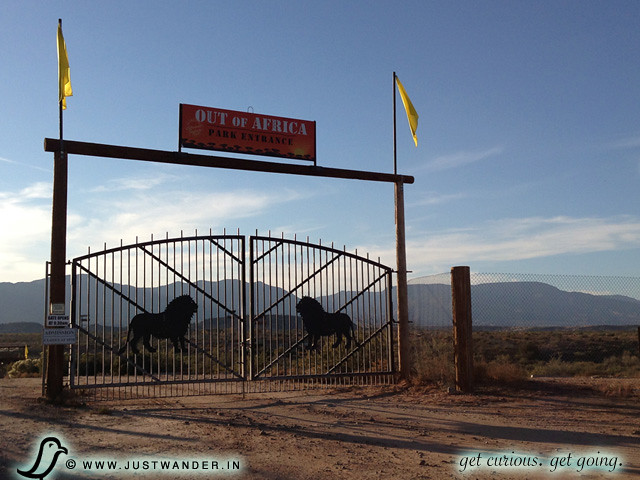 QUESTION: If you had a chance to get up close and personal with wildlife, what animal would you choose to spend your day with?