This was a long, meandering loop trail that took us up & down through a paperbark forest, other invasive plants (e.g. uluhe, etc) and numerous stream crossings. Mid-hike we could have rewarded ourselves with a refreshing dip in a deep pool which is also a great spot for a snack but we wanted to keep moving. Trail was described as having tricky and confusing junctions where hikers go missing. Plus, it’s a slippery terrain due to a rainy, winter season rating this hike has a HARD one! Luckily we had seasoned hikers from the Hawaiian Trail & Mountain Club showing us the way. We started the hike around 9:00am and ended 1:30pm (4.5 hrs) without taking a dip.

Locals have been known to go tubing in the streams 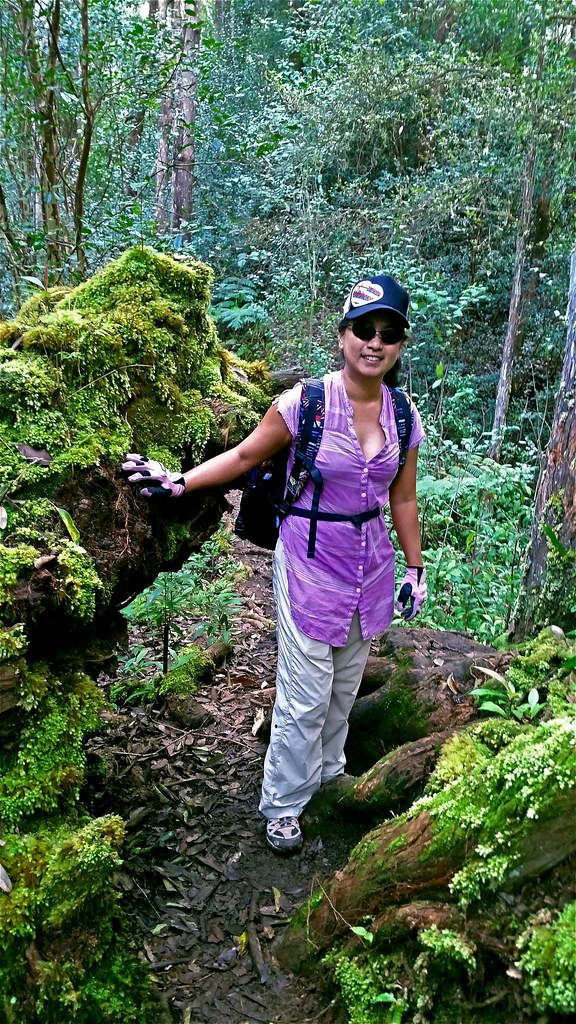 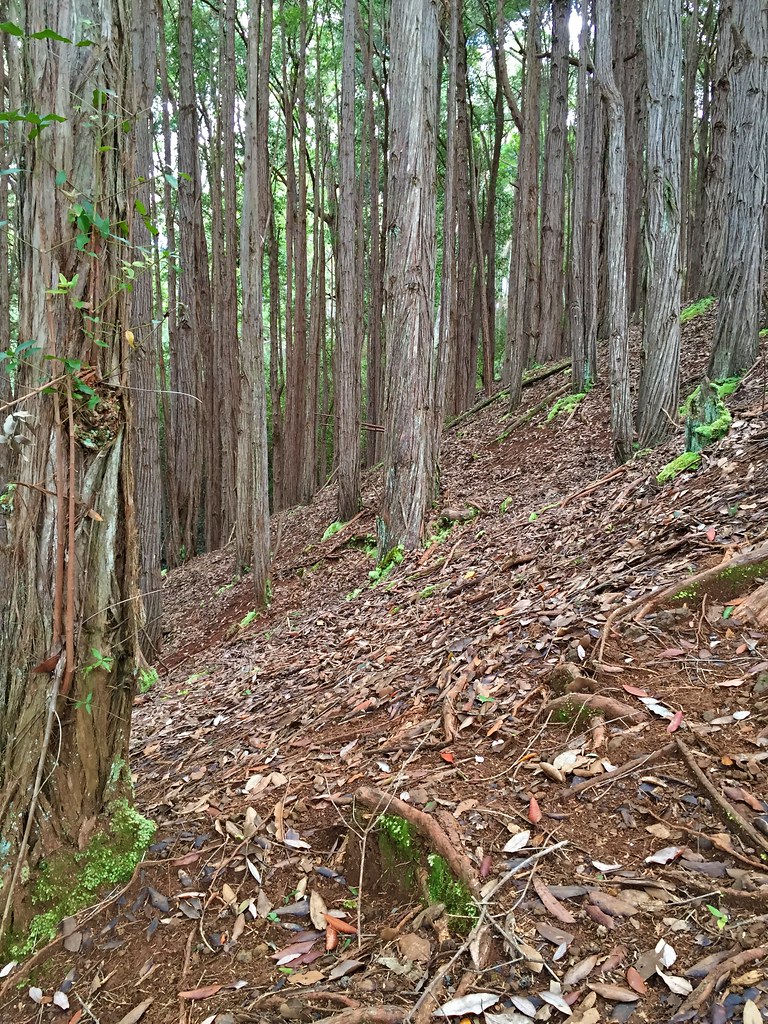 A glimpse of Bill just ahead as I notice our paperbark forest surroundings. 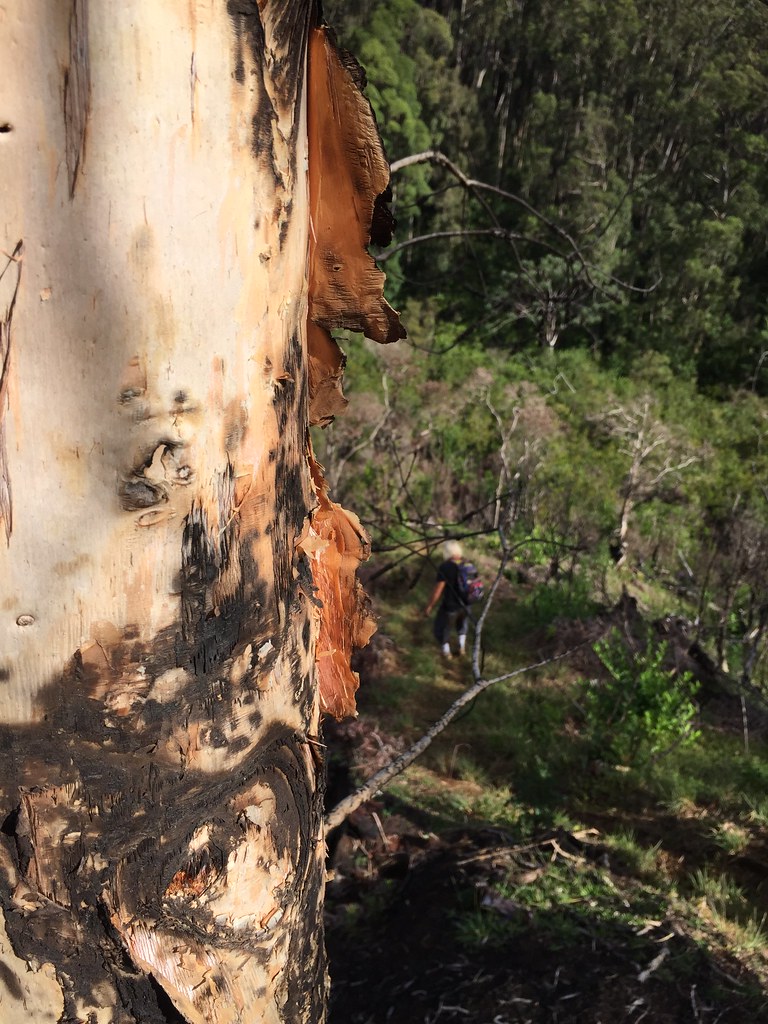 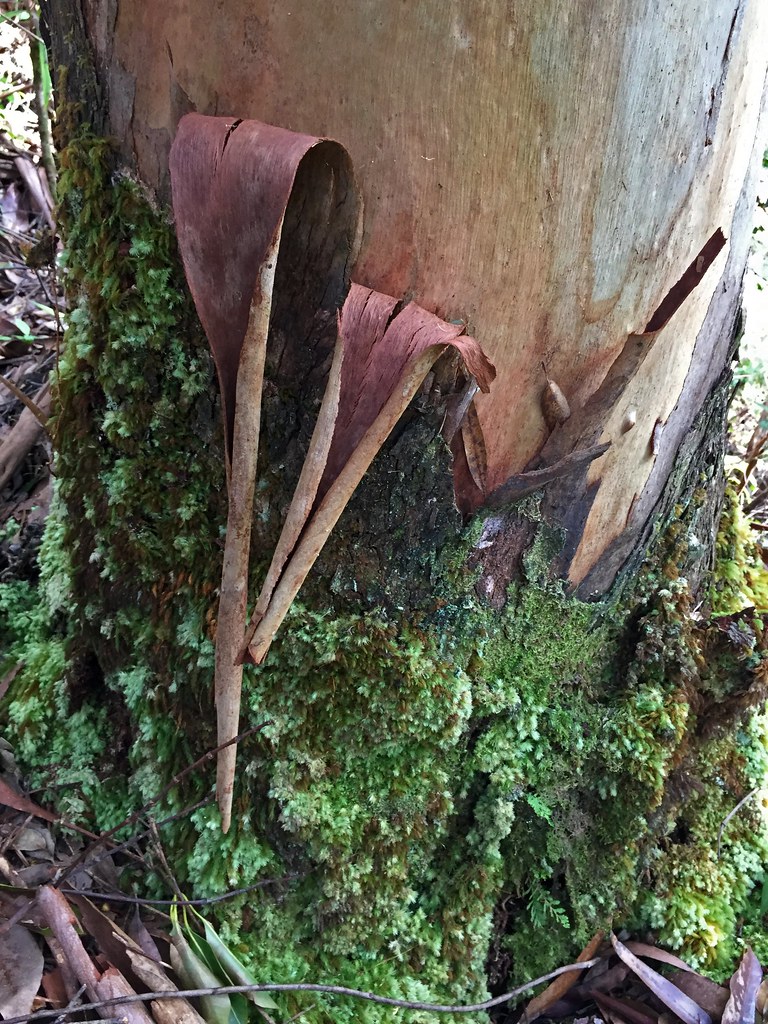 Signs of the last August’s forest fires in these hills. 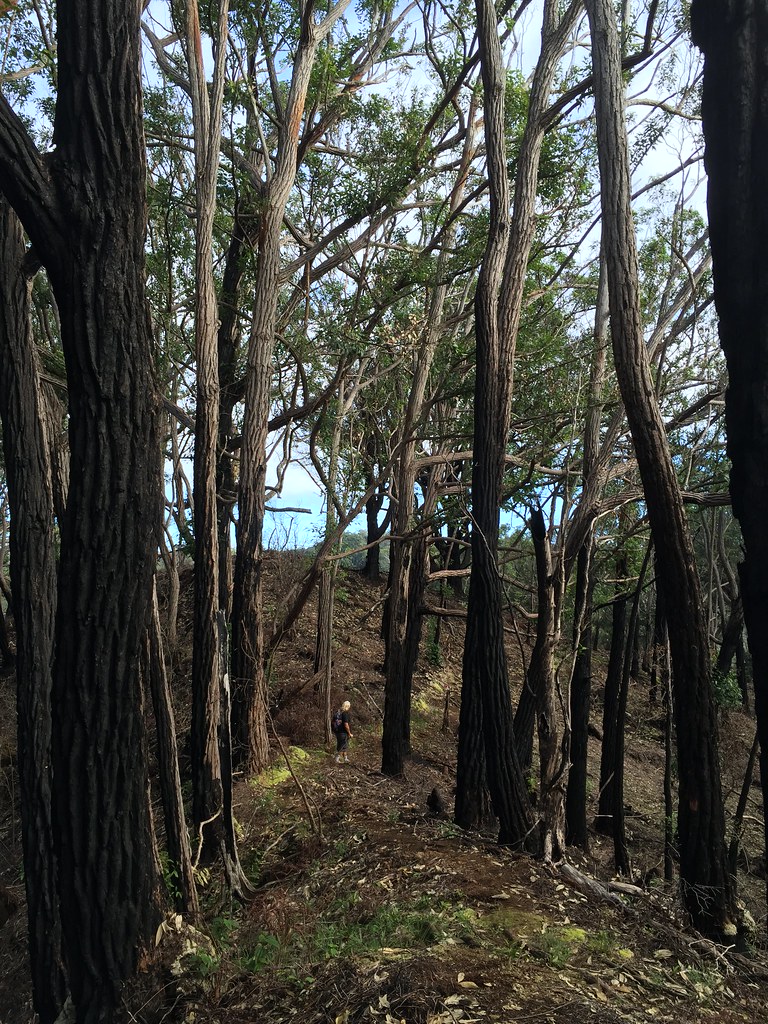 Several hurdles to go over or under along the way. 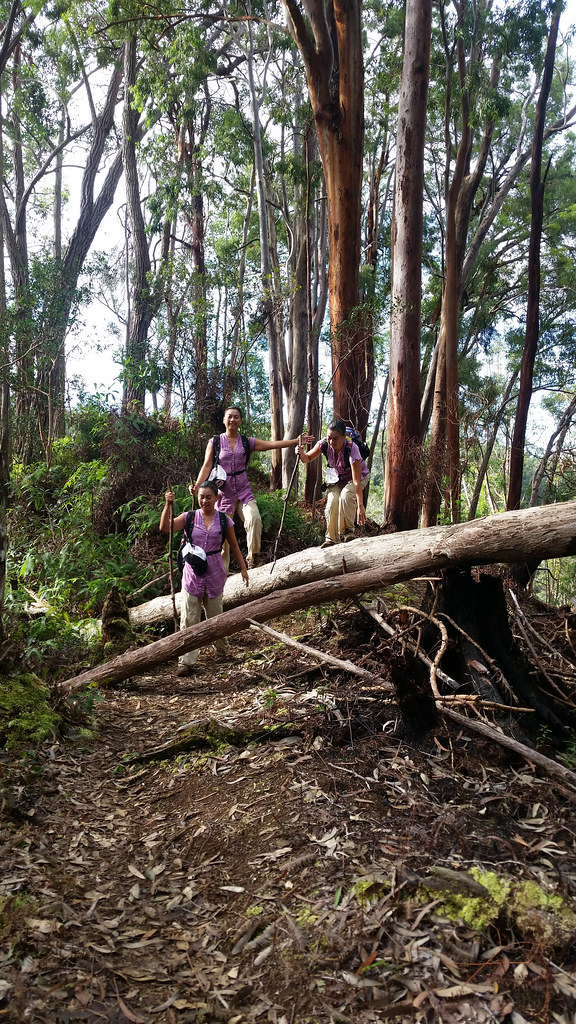 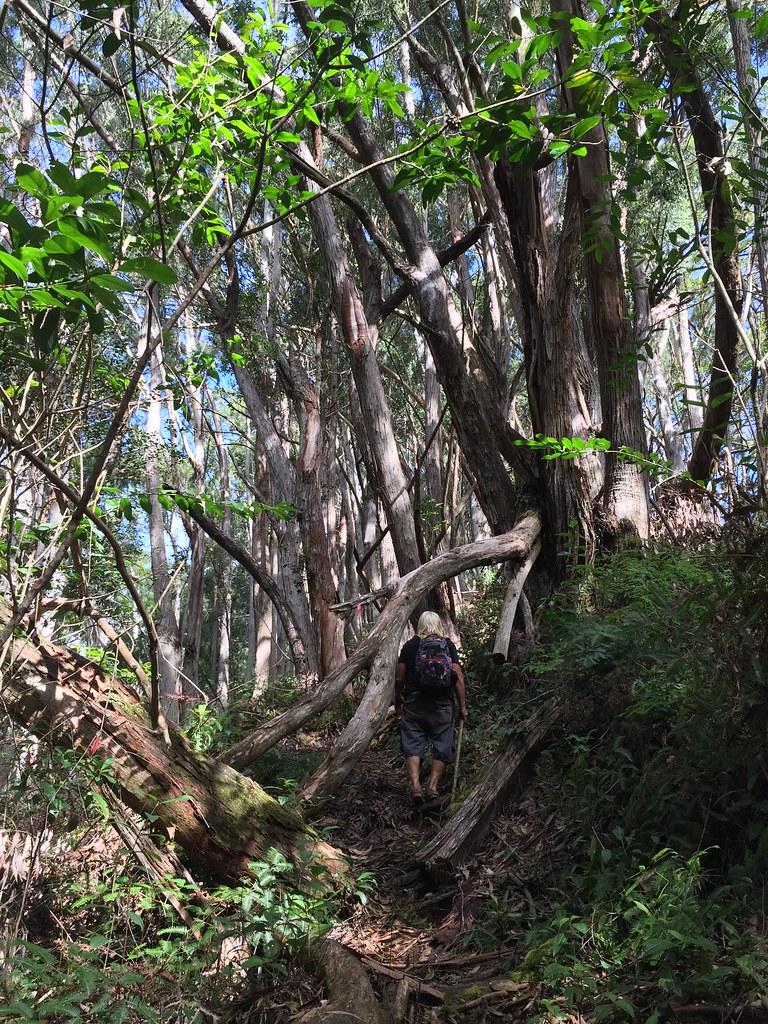 We’ve reached the top of the ridge… one of many on this loop.

The stream is in sight down below… marking the half way point. 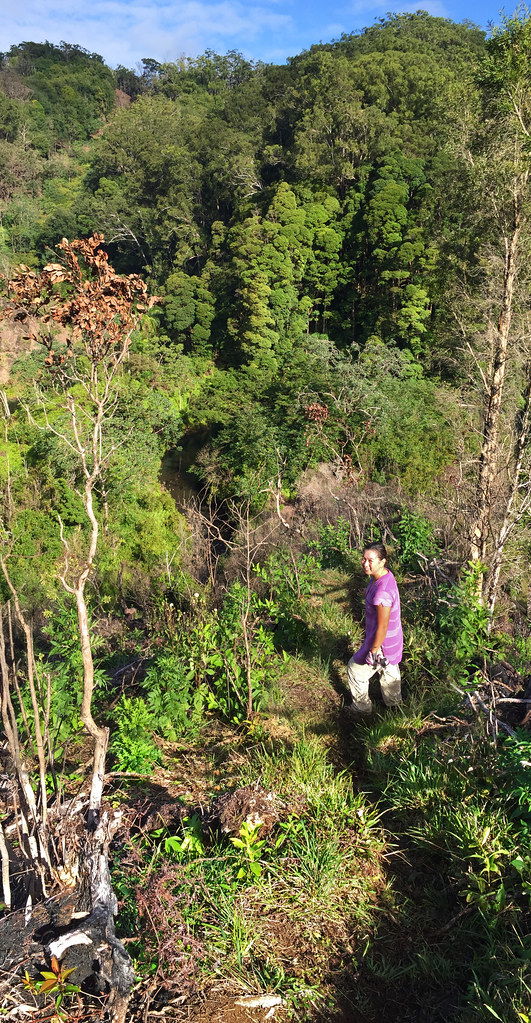 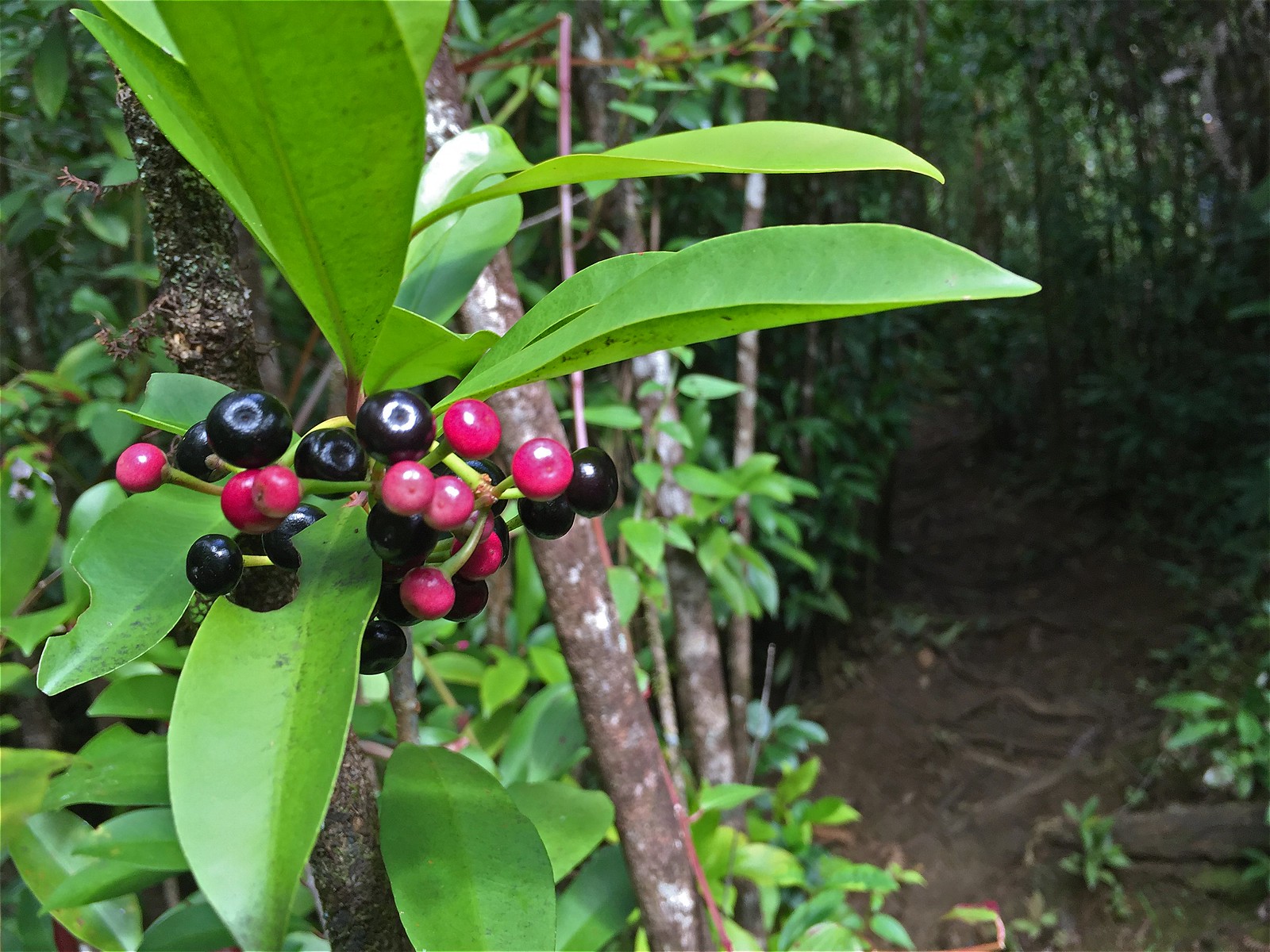 Caked on some mud and black ash Bill collected on his clothes and face along the way. 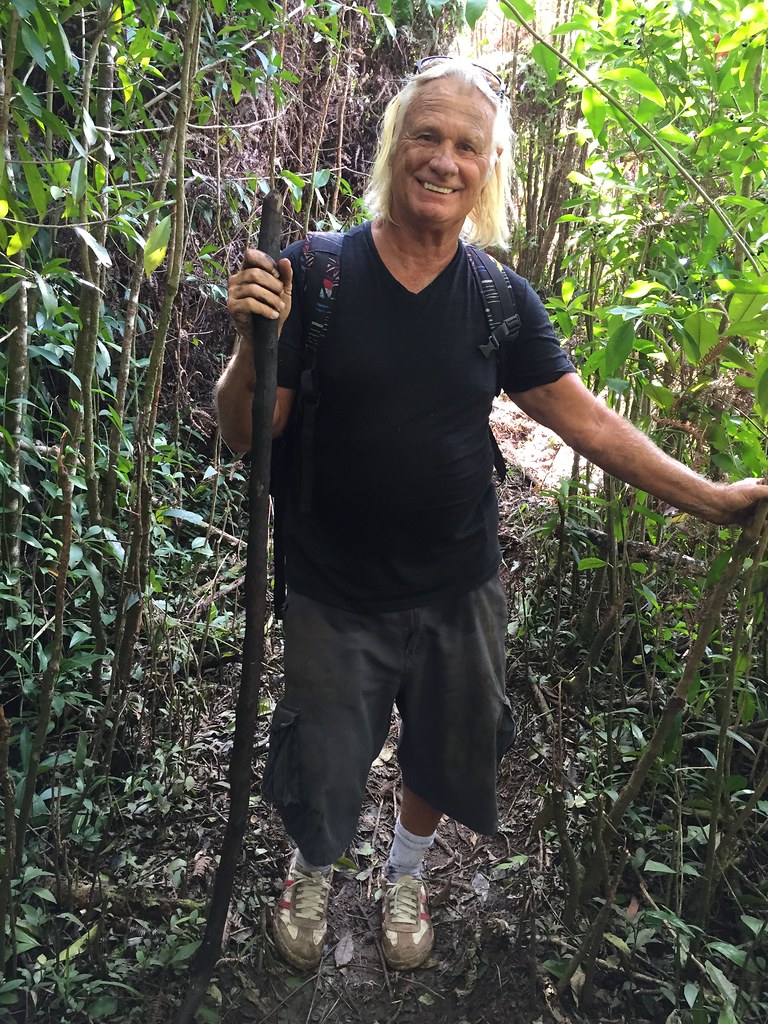 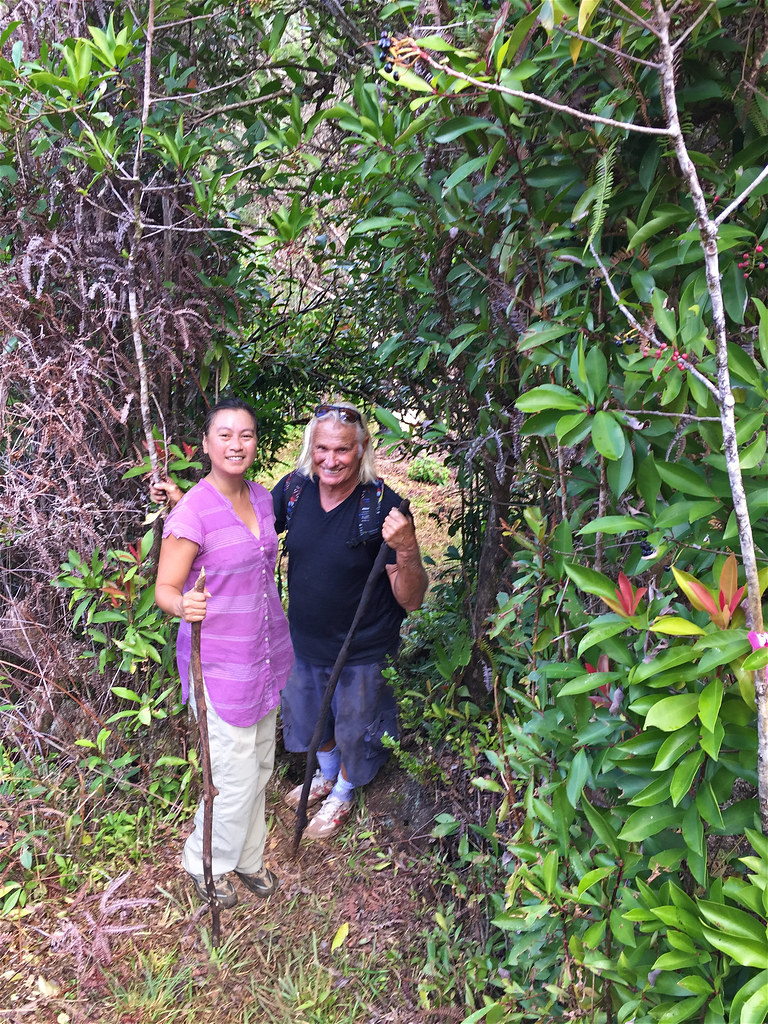 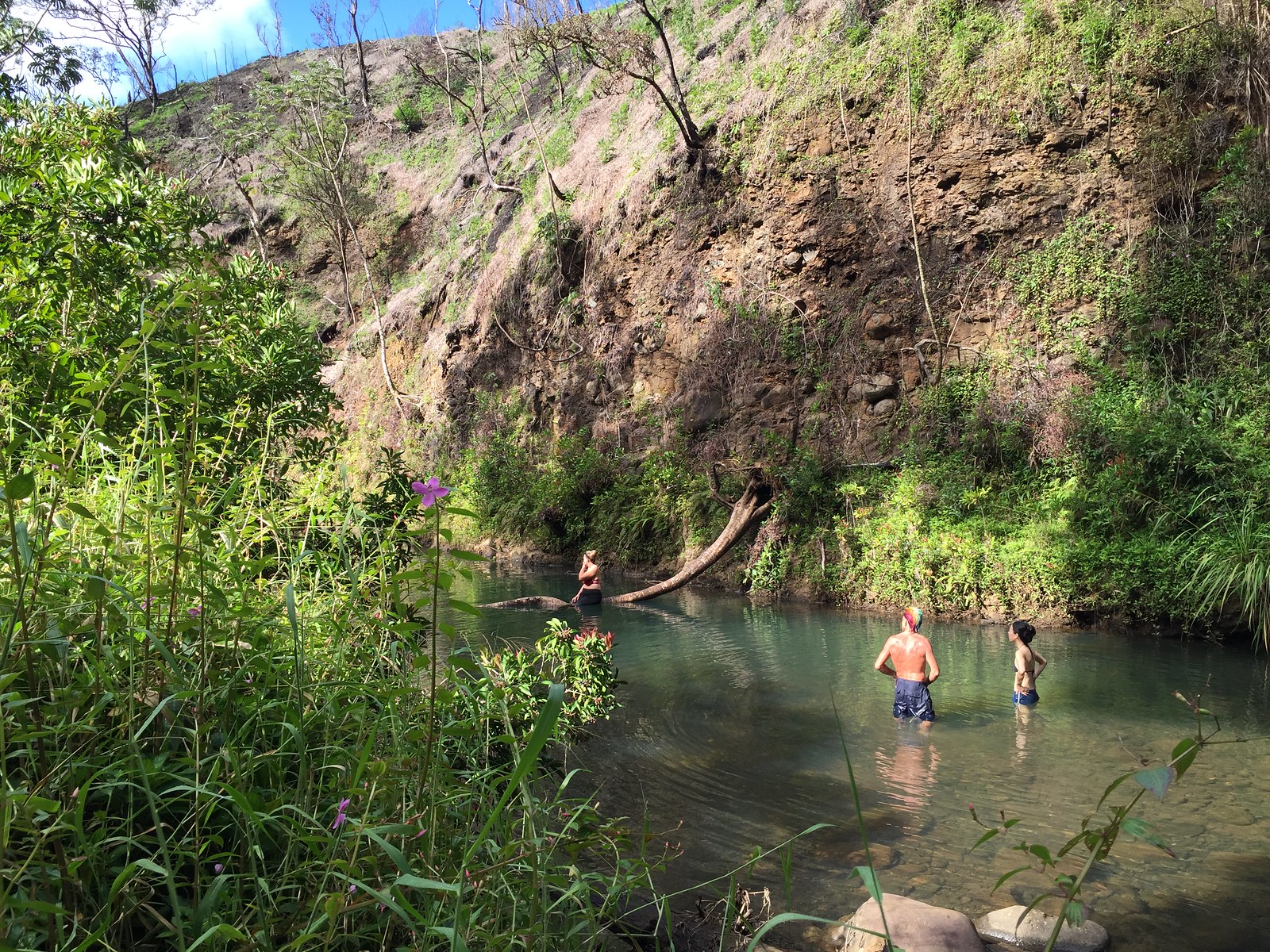 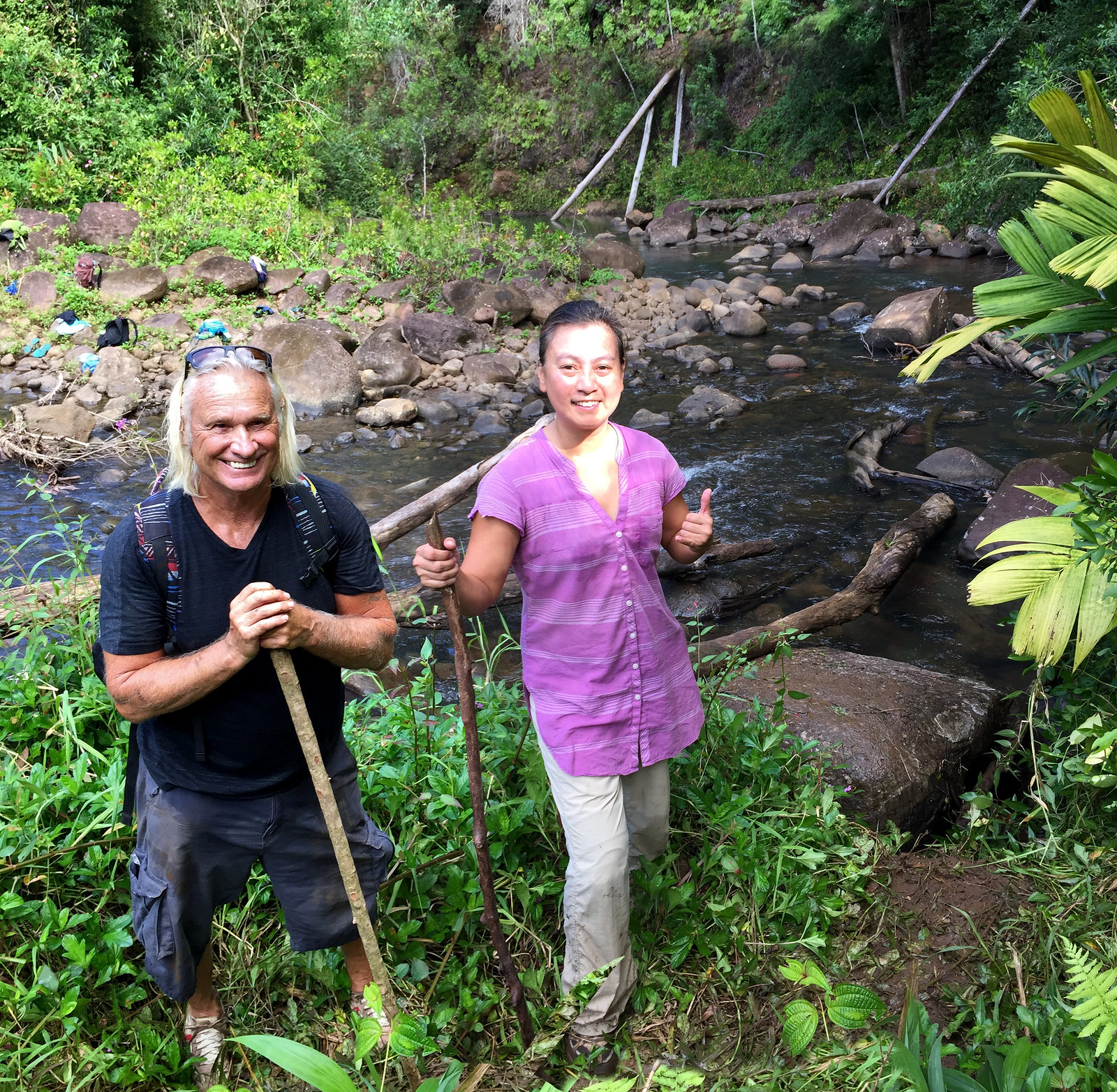 Since we stayed in the back of the pack, we continued forward because we knew although there were a handful taking a break and having a snack at the stream, they’d probably easily catch up to us. We didn’t want to slow them down. It’s so nice the hiking club adds ropes along the way for the more slippery spots. 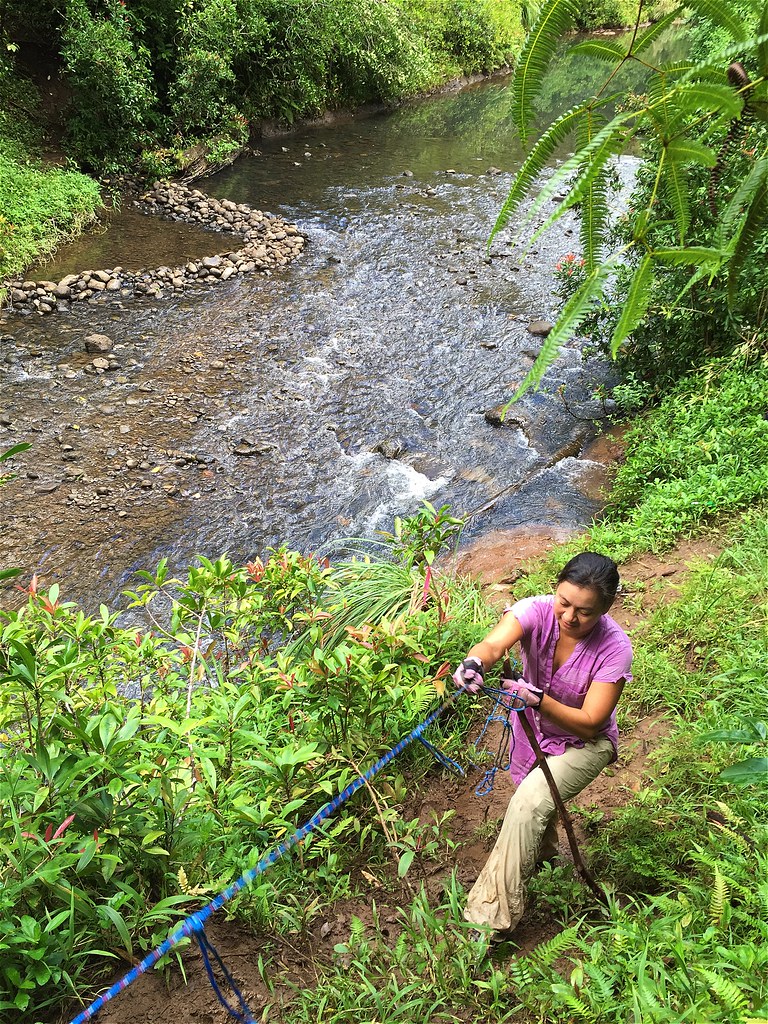 Up and down… left and right… through some streams we go… 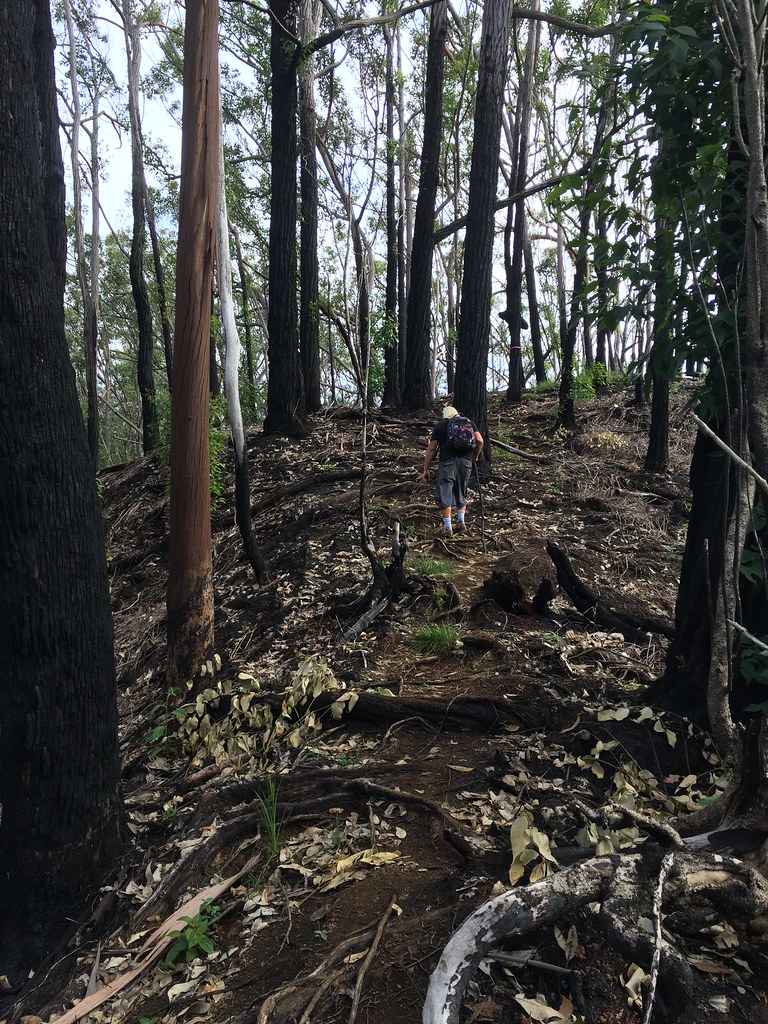 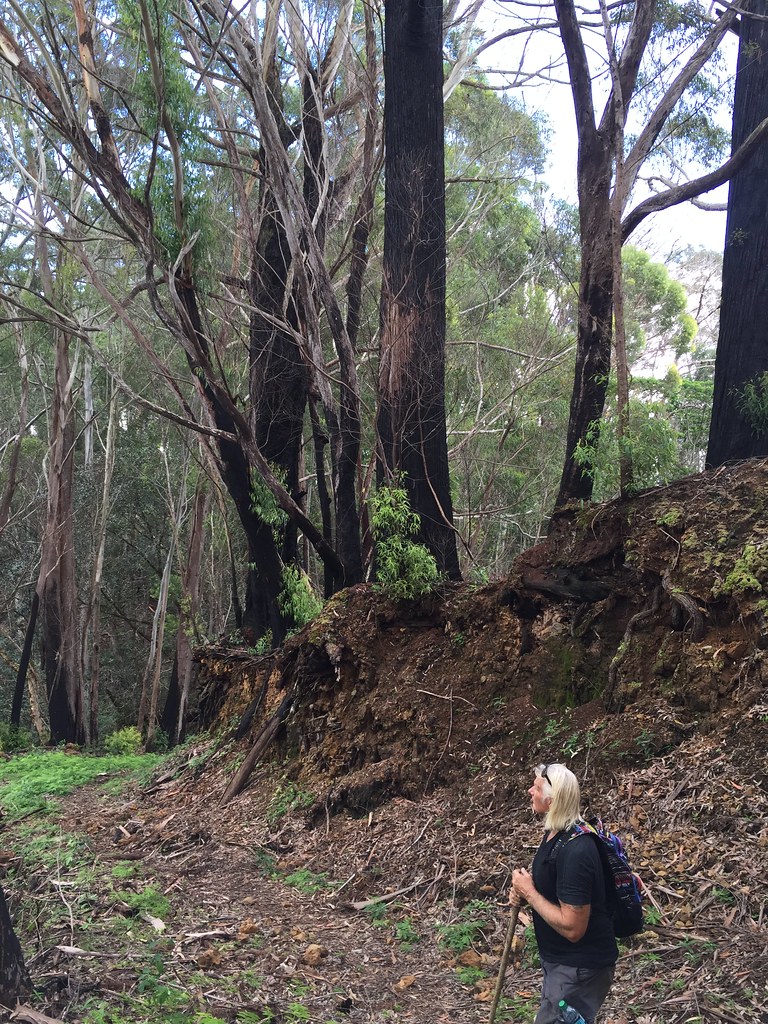 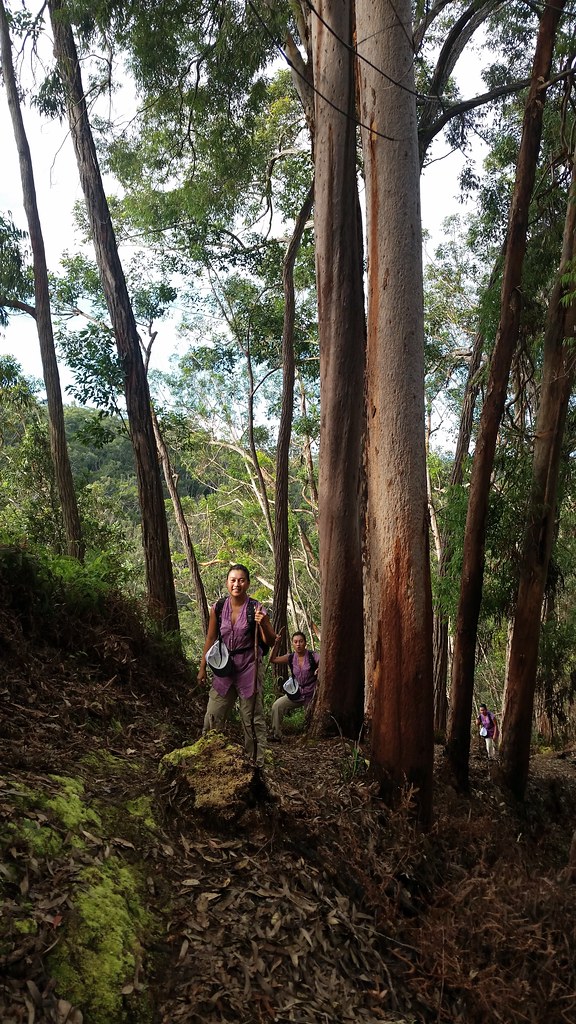 Ah.. cardiac hill. You see this and you’re practically home! 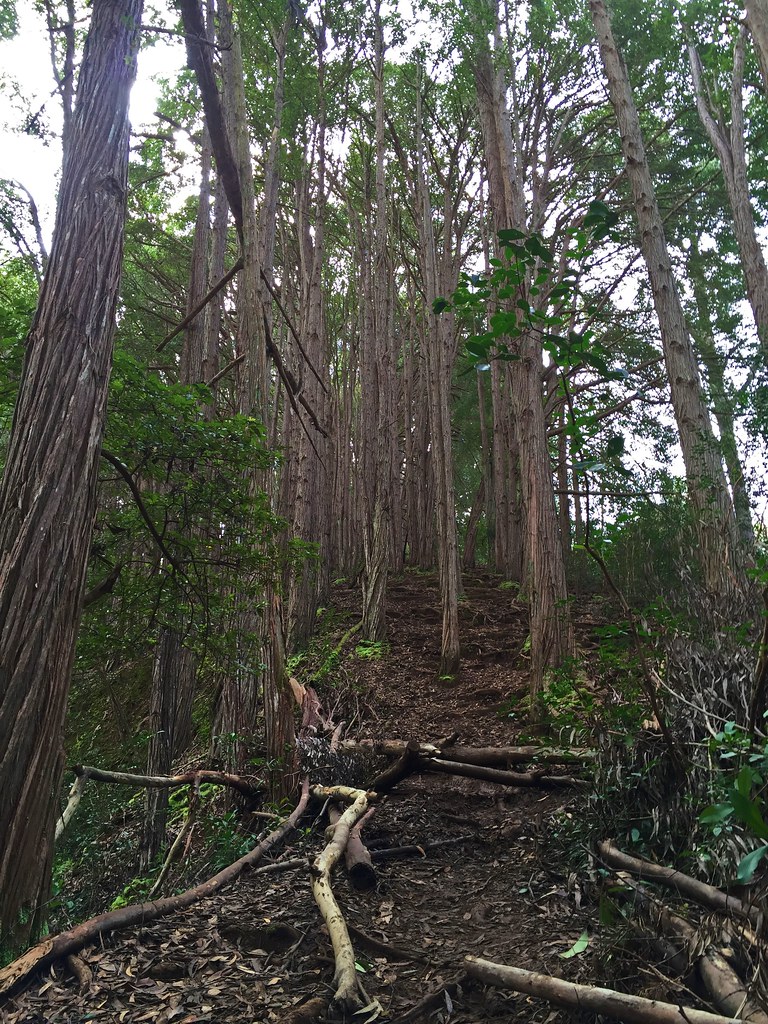 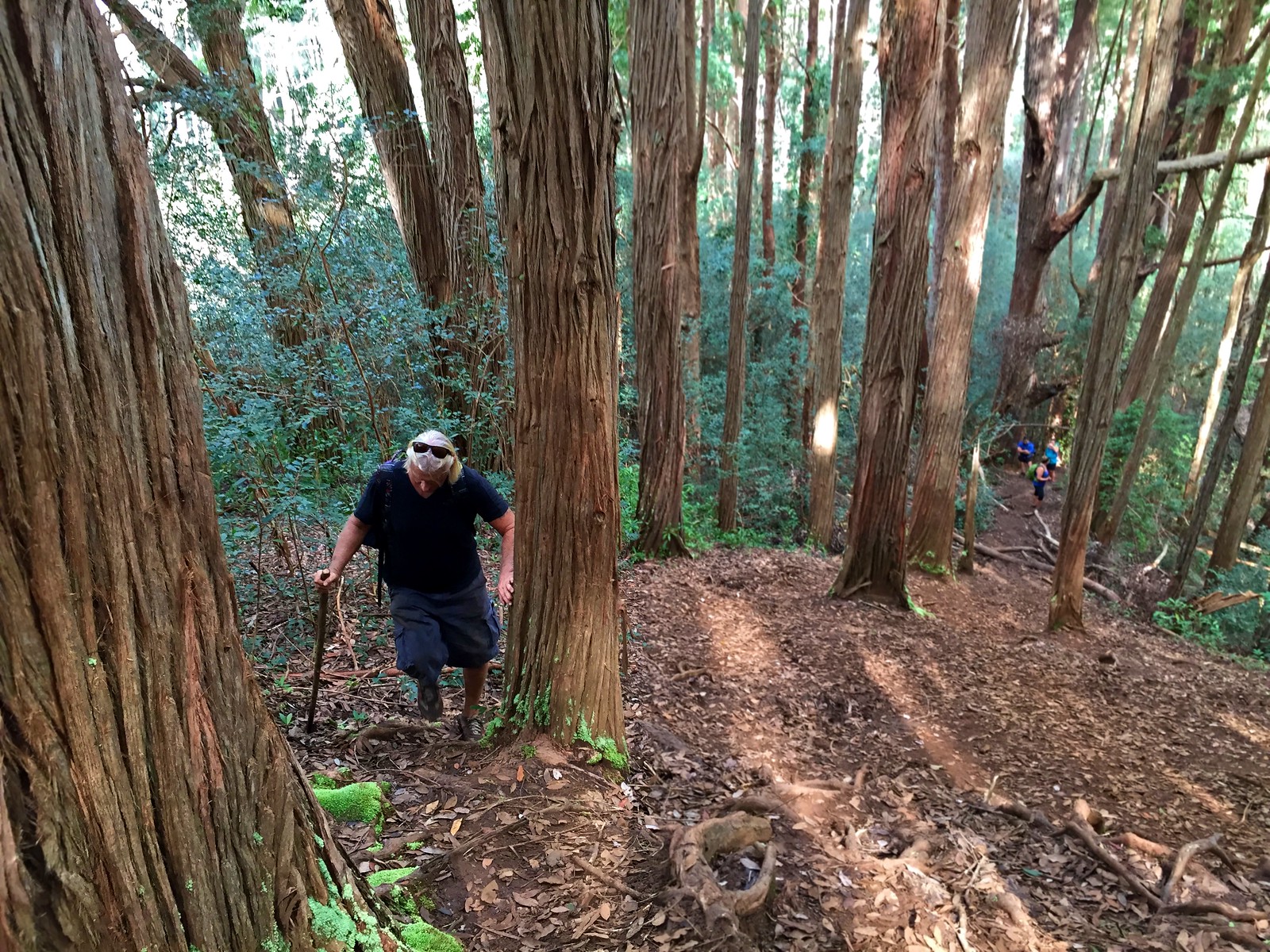 Yay, the water tower is in view. That’s the beginning and end! Time for some grindz and a nap. 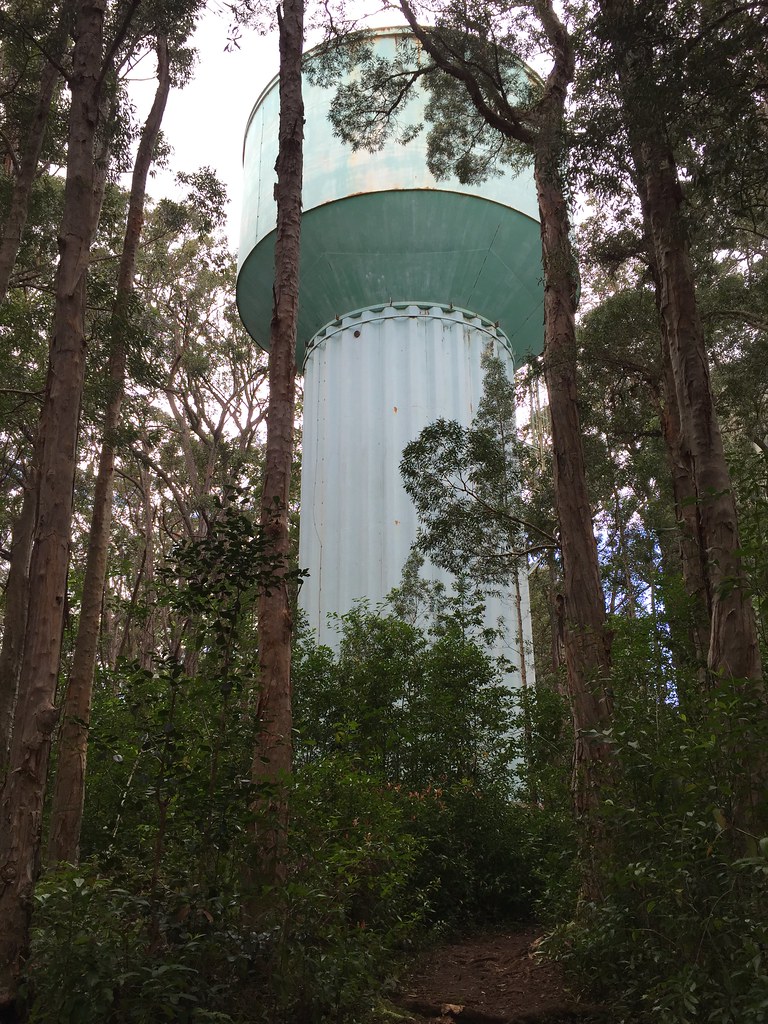 QUESTION: Where are some of your favorite hikes?